Who is Deb Haaland

Who is Deb Haaland? 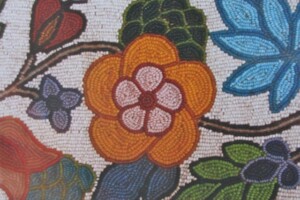 Deb Haaland is the daughter of two military parents. Her mother, Mary Toya, served in the Navy and her father, Major John David “Dutch” Haaland, grew up in New London, Minnesota. He saved six lives in a two year term of duty in Viet Nam and was awarded the Silver Star and two purple hearts. He retired as a Major after serving30 years in the military. He passed away in 2005 and is buried in Arlington National Cemetery.

50 miles west of Albuquerque known as Laguna Pueblo. She is a former Miss Indian World and a graduate of the University of New Mexico School of Law. She most recently participated in the Marine Corps Marathon.

The answer to all of the above is the Department of the Interior and the person who manages the department is Secretary Deb Haaland. She is the first Native American to serve as a Secretary in a President’s cabinet and to lead the department that has 20,000 employees operating out of 2,400 locations.

Considering that the first Secretary of the Interior, Oliver Wozencraft,  appointed by Millard Fillmore in 1851, had ashis goal Indigenous genocide, Biden’s appointment of Haaland was a gigantic step forward for recognizing Native people.

It has been 200 years since the 1819 Indian Civilization Act was passed with its mission to send indigenous young people to boarding schools, which had as their intent, cultural genocide. The mission of the Carlisle Indian Industrial School was, “Kill the Indian, and save the man.”

You, no doubt, have probably  heard or read about boarding schools. It is shocking for a white person to hear those dark pages of American history repeated just as it is, I am sure, for Germans to hear the atrocities that occurred during World War II.

It’s hard for us to realize that just one hundred years ago in 1924, Native people won the right to full citizenship when President Calvin Coolidge signed the Indian Citizenship Act. Did this mean that finally Native Americans could vote? No, not really.

The Constitutiongave states the right to determine voting rights. There were plenty of white Americans who didn’t want Native people voting in their states. Native Americans were only able to win the right to vote by fighting for it state by state. The last state to fully guarantee voting rights for Native people was Utah in 1962. That’s right, 1962. While white teens were dancing or twisting to the music of The Peppermint Twist, American Indians were still fighting for the right to vote in our elections. Many were still prevented from voting with poll taxes, literacy tests and intimidation—the same tactics used against black voters.

A large part of Secretary Haaland’s responsibilities will be to honor those treaties between the U.S. government and Native Americans. Using treaties was the government’s attempt to seize Native land by asking permission and then giving pittance for the land. For example, the Old Crossing Treaty, which we are familiar with in north central and northwestern Minnesota, provided annuity payments of $20,000 per year to be divided up and paid to individual members of the Pembina and Red Lake bands for a period of twenty years. This was in exchange for 11 million acres of land, which consisted of some of the best agricultural land in the world. We know it as the Red River Valley.

As Secretary of the Interior,for the first time, there will be a Native American who will ensure that all treaties are honored. Secretary Haaland will head the Department that has the responsibility to uphold the federal government’s unique government-to-government relationship with federally recognized American Indian and Alaskan Native tribes.

One of the reasons why Native people have been overlooked and mistreated is due in part to the fact that they represent just one percent of the total population of the United States. Even politicians, who you would think would know better, forget about Native Americans and their contributions to our diverse culture. In an April 23 speech, former senator, Rick Santorum, said “We birthed a nation from nothing.” He then went on to say, “I mean, yes, we have Native Americans, but there isn’t much Native American culture in American culture.”

Later Santorum said he misspoke, but he egregiously forgot, much like the rest of us, that American Indians were here long, long before European explorers came in the 1400’s. Each of the hundreds of tribes that existed at that time had sophisticated cultures including hundreds of different languages. Sadly, but true, there isn’t much Indian culture in American culture because Native American history has largely been ignored—it’s as if, as Santorum inferred, Native Americans never existed.

The efforts continue in our schools to try to include more in our history books about the “true” American history we forgot. There are also efforts, although not nearly enough, to help young people understand  American Indian culture, which is so much a part of who we are.  We can expect Secretary Haaland to prioritize Indian affairs and help us remember that American Indian culture is as American as apple pie and a Fourth of July parade.

(Note: Some of the above information was taken from an article, which appeared in the fall 2021 issue of Sierra, “A Living Testament” by Janet Monet. ) 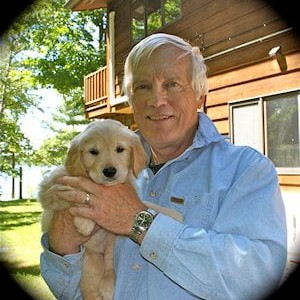 John holds an undergraduate degree and three graduate degrees from Mankato State, Temple University, and the University of Northern Colorado including a doctor’s degree in educational change and innovation. He has toured schools in the former Soviet Union and he has also studied at Harvard.
All Posts »
PrevPreviousSchool Board: How will you retain and gain students?
NextIs it time for another peace speech?Next